Factors that Drive the Housing Market in the Lower Mainland

Posted on September 11, 2014 by Doug, Bonnie and David Mitten 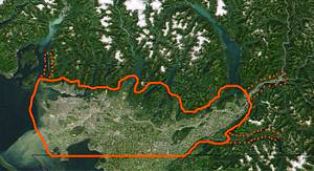 The First Reason that prices have risen in the lower mainland over time is that there is a limited amount of space for building.  Geographically the region is contained with mountains to the north and east, the U.S boarder to the south, the Fraser river runs through the middle taking up space and the Pacific ocean is located to the west.  Additionally, as a way to preserve farmland a large portion of the land in the Lower Mainland was designated as part of the Agricultural Land Reserve (ALR) many years ago. This of course further restricts the space available for development.  Thus as our population grows and more people want to live here the value of the land will increase over time.  Now this is not to say that an oversupply of certain types of housing in certain areas can’t happen short term, however long term the limited land area will support upward movement in prices long term especially as population increases. 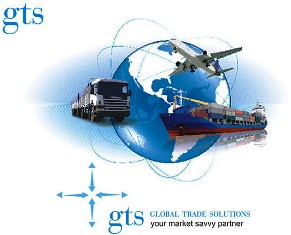 With the lower mainland being located on the pacific coast of Canada, having a river running through it and having the U.S Boarder to its south it is only natural for this area to be a hub of international trade.  This trend has been accelerated in the past few decades as China and other countries in Asia gain importance in the world of international trade.  Thus, since we essentially live in a gateway city for international trade, the value of land here is going to increase as a result of the economic activity generated by trade.

Another very important reason why demand for housing in the lower mainland is strong is that our area is in a politically stable and is far away from any instability.  This is quite important because people naturally seek out safe areas of the world with relatively predictable laws.  And it is this stability that at least in part allows people to feel comfortable in spending large sums of money on housing and investing in housing, since they know they are investing in a safe area.

In B.C a lot of us like to complain that it rains a lot, however compared too many areas of the world and Canada, the climate in the lower mainland is very temperate, predictable and nice.  Yes it does rain a fair bit in the winter, however floods are relatively rare and large snow accumulation is also rare, making the mild winters easy to deal with.  Additionally, the summers are usually quite nice and sunny but temperatures rarely clime very high and drought is fairly rare.  Once more the spring and fall are quite mild with few severe storms. The reason for this is that the prevailing westerly winds passing over Pacific Ocean, then across the lower mainland are warmed by the water in the winter and cooled by it in the summer, resulting in a very nicely regulated climate that usually prevents extreme temperatures and extreme storms. Also since the ocean current that run by the lower mainland are coming from the north they do not allow this part of the ocean to heat up enough to develop hurricanes (except on very rare occasion).  The trade-off for all of this is of course a bit of rain in the winter.  This favorable climate helps drive the demand for housing in the region because not only is it nice weather for people to live in, but the weather does not generally interfere with the economy since extreme weather is historically rare compared to other regions, which encourages investment and economic activity in the region. 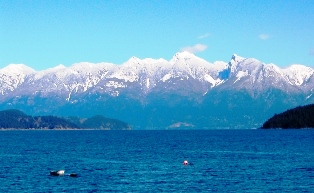 If you live in B.C seeing the ocean or a beautiful mountain vista, is probably a regular thing for you.  However, this is not so everywhere, and people are driven to these fantastic views.  This of course means people want to visit here, leading to economic activity from tourism.  Also lots of people want to live in a beautiful place which again fuels demand for housing in the region.  Oh and don’t forget the draw of all those ski mountains nearby, meaning you can live anywhere in the region and still ski regularly in the winter without a large drive.

In addition to all of these other factors the lower mainland is very multi-cultural and welcoming to new immigrants to Canada.  As a result it is one of a few places in Canada that people newly arriving to the country are drawn to and of course that means they want to live here, which again drives demand for the housing market.

For all of the reasons listed above, B.C’s lower mainland is a great place to live and has a lot of factors driving the housing market.  This of course naturally catches the attention of foreign investors who want to invest in a relatively safe area that has many positive attributes.  Many people complain about foreign investment ‘driving-up prices’, while it is true that foreign investment is a contributing factor to higher housing prices in the region, investors only invest here because of all of the other supporting factors and instead of being bitter about prices we could also be thankful as real estate owners/investors that there is a large pool of international investors willing to pay a fair amount for housing in the area which provides us with extra security against any large or fast price decreases and allows prices to be sustainable at higher levels than would otherwise be possible.

While you may have sometimes heard talk of a ‘housing bubble’ in our area or prices are too high based on historical rent to price ratio’s, the consensus seems to be that the housing market in the lower mainland has so many positive factors driving demand that there is really no reason to fear any sort of housing crash in B.C.  Now this is not to say that we never see any corrections in housing prices but demand for housing in the region will always be driven by these positive fundamental factors which will support housing prices long term.  These positive factors are also the reason that the prices in the region are higher than other areas of Canada and yet are sustainable at those higher levels.

As always if you have any questions about this blog article or any other real estate related questions please feel free to contact us.  We can be reached through this website or you can phone us directly at 604-882-8384 we would be happy to assist you.